The uncharted nature of Ephemera made this entry something of a pain to write — as if being charted would have made it any easier — but seeing as though the only thing that exceeds my generosity is my patience, I of course attended to its composition with all of my characteristic charm and good humour (it’s not like I had much choice in the matter anyway).

A CLOSER LOOK AT THE FOREST 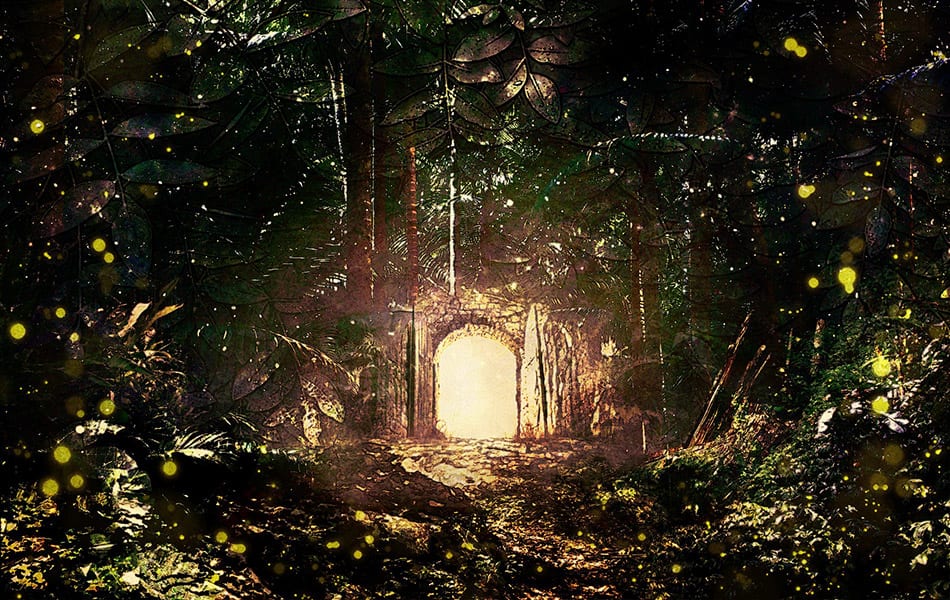 Ephemera is one of the five primordial moons of the Zephran Lunarspace, which is just a fancy way of saying it gets more attention than it deserves. Don’t get me wrong, it’s not like I have anything against the place — who doesn’t enjoy a good bit of jungle? I’m just not especially fond of things being given jumped-up titles for no good reason (and before you say it, I earned my jumped-up title).

This is a moon that likes to keep its distance, which just makes it more interesting to people, so all sorts of rumours surround the place that from an astrological standpoint simply cannot be true. If a race of gravity demons really did live at Ephemera’s core, it’d have snapped its rondel centuries ago. Behave yourselves. The truth of the matter is that Ephemera is the sole occupant of Zephra’s apogee rondel, and spends the vast majority of its orbit in isolation from the rest of the Lunarspace. If you ask me, a culture of detachment is to be expected when you spend most of your time alone in distant space, especially if Hermit Kel is to be believed (although obviously, Hermit Kel is not to be believed).

You’re probably wondering what it is you ought to know before visiting, although I have to say it’s an irrelevant question since chances are, you won’t be. Wildly extortionate travel tariffs and a distinct lack of a tourist board make Ephemera something of a closed shop, which, by the way, are another thing it lacks. But I suppose I should cover all eventualities; who knows, perhaps you’re friendly with the Cartel or you’re one of those spoilt brats with a private ship and a gap cycle to kill, and I’d hate for you to meet an untimely demise on account of my desire for brevity (you have seen how much paperwork I have to get through though, haven’t you? I just wanted to make sure you were aware that it is a lot).

So assuming you’ve somehow defied all expectation and made your way lunarside, the first place you won’t be going is the Ephemeran capital, which is so remarkably unremarkable it’s name escapes me and I don’t really feel like wasting any more time in looking it up. Actually, thinking about it, it might be Ephemera’s capital that’s the secretive one, the one who’s name nobody knows. Either way, you’re not going there, so it doesn’t matter. Fortunately, the only spaceport on Ephemera is about twelve clicks south of the city, so there’s little chance of you ending up there by mistake. And if you’re harbouring any notion of ending up there on purpose, good luck finding a taxi willing to take your through the Valley of the Creeping Night (although the truly frightening thing there is their fares).

So, where should you go? Well, it’s hard to say given how little we know of Ephemera’s topography, but for starters I’d advise staying away from Krowl, Amberbite or really any of the southern provinces, unless you like getting nibbled on by cannibals (I don’t know what the kids are into these days do I?). Further north, several sources have now corroborated reports of a ghostly vessel sailing the Fever River, and Ceravein Castle is the long-standing home of a dynasty of vampires who, despite outward appearances and a lengthy PR campaign, probably aren’t much better than the cannibals. Far west is the Everclamp, which for those who enjoy the security of being grounded in one stable plane of reality is best avoided. As for the east… we don’t speak of what lies to the east.

If after all this you’re still set on making the trip (and my subtle suggestions haven’t convinced you otherwise), then I suggest you seek out Pathfinder Station where the Expedition, led by an old friend of mine, Dr Wilhelm, bases their operations. They’re something of an eccentric bunch, but more than accommodating of outsiders and at least there I’ll know you’re safe… not that your safety particularly concerns me.

The doc told me that a mysterious artefact was discovered in the Primordial Forest recently, which he believes is of extradimensional origin (though I’d take that with a dash of pepper as he believes a lot of things that are demonstrably ridiculous), so no doubt you’ll want to go and have a look at that so you have something to make you seem interesting to all your friends.

The Doc reckons this piece of junk is an extradimensional artefact, but he also believes his jam is haunted so I can't say I'm getting all worked up about it

And even if that doesn’t sound like your sort of thing, it’s still probably worth a visit as the Station is a comfortable distance from Greensplash; the emerald pools are a sight to behold, and probably the only other (relatively) safe place on Ephemera, although it’s still best to be on the lookout for biters… you don’t want them getting in proximity to your bathing bits.

One final thing — when planning your excursion, make sure to check the calendar carefully: Ephemera frequently phases out of existence, and you don’t want to be stuck there when it does (at least not without a good book). Believe me.

Right, that’ll do, now leave me in peace.

Professor Rufus Locke, OME is the Head (and current sole) Curator of The Orrery, former Overseer of the Temporal Archive, chief consult on celestial behaviour to the Central Meridian Interplanetary Committee (CMIC), emeritus professor of Astronomy at the University of Bharvale and five times winner of the Calandiran holowheel championship. Rufus currently resides in a state of perpetual irritation owing to what he insists is an obnoxious workload, as anyone who's been in a staff briefing recently can no doubt attest.

Image of Ephemera courtesy of MIDHAVEN-2; image of the Primordial Forest courtesy of the Temporal Archive
What, that wasn’t enough for you? Well standing over my shoulder isn’t going to make me write any faster; if you’re really that interested I’ll send for you when I next get something finished. Whenever that may be…

NONE OF THESE CATS LISTENED TO ME ABOUT VISITING EPHEMERA EITHER: 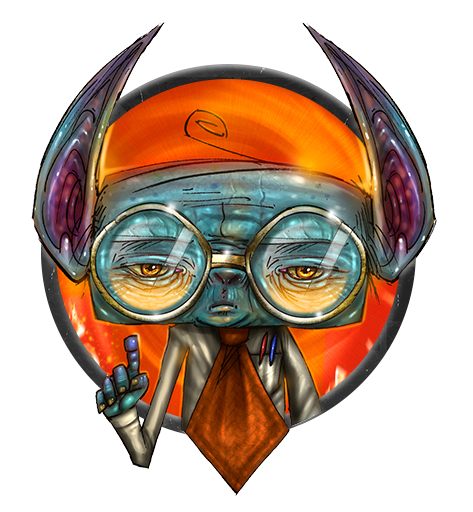